Recalls of pet food rise on the radar 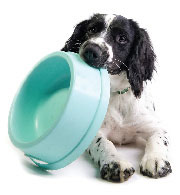 Recalls of pet food are not increasing, but awareness of them might be. The primary cause of these recalls is Salmonella contamination, which could pose more of a threat to human health than to animal health.

Dr. McChesney believes public awareness and press coverage of pet food recalls have increased recently. In 2010, the FDA introduced the Safety Reporting Portal to allow online reporting of safety problems with pet food, among other products.

“Pet food in general is a very safe product and occasionally, like any other food, becomes contaminated with Salmonella,” Dr. McChesney said.

“We’re doing a really good job of looking for it. We have better testing mechanisms in place now for it,” Dr. KuKanich said. “We’re doing an excellent job about educating the public, and our dog food companies and cat food companies are very good at implementing recalls when they’re needed.”

Salmonella contamination of dry dog and cat food has resulted in some outbreaks of human illness, but animal illness has been unconfirmed in these outbreaks, Dr. KuKanich noted. When she has seen pets with salmonellosis, the cases usually involved a homemade raw meat diet instead of a commercial pet food.

As of press time, the FDA was finishing draft regulations to implement provisions of the Food Safety Modernization Act of 2011 that will require manufacturers of pet food and other animal feed to increase preventive controls for safety hazards.

Duane Ekedahl, president of the Pet Food Institute, which represents pet food manufacturers, said manufacturers have come together particularly in the past two years to share practices to improve product safety—partly in anticipation of the new regulations.

“We all share the value of doing everything we can to ensure absolutely safe product,” Ekedahl said. “We believe that the safety record of pet food is excellent, and it is a safe product. We will follow strong safety practices and utilize continuous improvement to make the safest products possible.”

He said pet food manufacturers are making a major effort to prevent and detect Salmonella and other contaminants in pet food at every phase of the manufacturing process.

While recalls of pet food do get a lot of attention, Ekedahl said, the American Customer Satisfaction Index indicates that consumers remain more satisfied with the pet food industry than with many other industries.

Information about recalls of pet food and other animal feed is available from the AVMA at www.avma.org/News/Issues/recalls-alerts and from the Food and Drug Administration at www.fda.gov/AnimalVeterinary/SafetyHealth/RecallsWithdrawals.

The Centers for Disease Control and Prevention provides tips on safe handling of pet food to prevent salmonellosis at www.cdc.gov/Features/SalmonellaDryPetFood.

Veterinarians and others may report safety problems with pet food via the Safety Reporting Portal at www.safetyreporting.hhs.gov. The FDA recommends also reporting problems to the product’s manufacturer or distributor.
Pet ownership
Public health
Canine
Feline