The U.S. Animal Health Association is asking federal authorities to invest more money and time into guarding against diseases that affect livestock.

The organization also wants Congress to amend the Controlled Substances Act in a way that would let veterinarians legally transport controlled substances and use them to treat animals at sites other than the address where the veterinarian is registered with the Drug Enforcement Administration.​ 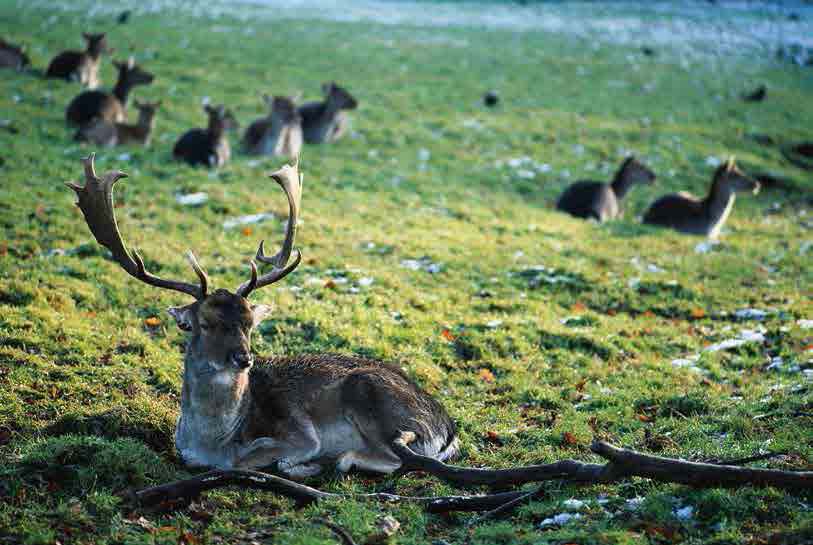 Some of the resolutions passed in October by the USAHA ask the federal government to make changes in control programs for chronic wasting disease, provide money for CWD tests, and provide indemnity for those who euthanize farmed cervids following CWD exposure.

The USAHA expressed doubt that the nation has sufficient foot-and-mouth disease vaccine stock and asked the USDA Animal and Plant Health Inspection Service to evaluate the quantity and capability of its vaccines, and its ability to wage a vaccination campaign. A separate resolution calls for APHIS to contract with businesses that could supply unique ear tags to identify vaccinated livestock during an outbreak.

The North American Foot-and-Mouth Vaccine Bank is housed at the Plum Island Animal Disease Center in New York, and APHIS information states that it is stocked with antigens for the most active serotypes worldwide. Workabeba Yigzaw, an APHIS spokeswoman, said the USDA’s concentrated, inactivated FMD antigen could be swiftly finished and deployed as a vaccine when appropriate.

She also said in mid-November her agency was working on a formal response to the USAHA resolutions.

USAHA officials expressed concern about APHIS’ chronic wasting disease efforts, stating in one resolution that the current CWD control program standards do not impede spread of the disease. The organization wants APHIS to form a committee that would review and rewrite the document.

APHIS and states also should develop protocols for a program to mitigate the risk of CWD spread as well as let owners of infected or exposed herds operate under quarantine and send animals to slaughter, another resolution states.

APHIS had announced June 8 it was implementing an interim rule that established a voluntary CWD herd certification program as well as set requirements for moving cervids across state lines.

“The program will provide consistent national minimum standards to certify cervid herds to be low risk for CWD and to establish minimum standards for the interstate movement of cervids,” the announcement states.

The program was started to help producers of elk and deer meat avoid the economic losses caused by fear of the disease and increased foreign restrictions on elk and deer products. Under the program, APHIS certifies state programs that take actions including restricting movement of animals that are infected or exposed to the disease, finding the origins of infections, requiring testing of animals that die or are killed, and reporting to APHIS or state authorities all animals that escape or disappear.

Instead of eliminating CWD, as APHIS had stated was its goal in March 2009, the agency is trying to control its spread.

“The persistence of CWD in wild cervid populations and our current lack of knowledge about the transmission of CWD have made the goal of eliminating CWD from farmed or captive cervids impractical,” a June 13 APHIS Federal Register notice states.

The APHIS Herd Certification Pro­gram provides consistent standards for participating states and requirements for interstate movement of cervids, Yigzaw said. The program is intended to lower the risk of CWD introduction or transmission through herd management and surveillance.

In a letter to APHIS officials, the AVMA wrote in July 2012 that the Association supported the effort to establish minimum requirements to move cervids across state lines, yet not pre-empt more stringent local restrictions.

Another USAHA resolution states that Congress should provide money for laboratory tests for CWD in farmed and wild animals.

The USAHA also advocated for changes in the Controlled Substances Act. DEA officials have said recently that veterinarians and those who work in human medicine need to have registrations for each location where they store, distribute, or dispense controlled substances. The USAHA resolution noted that the DEA has historically allowed registrants such as veterinarians to use controlled substances in unregistered locations based on need, but some field offices indicated this past year they were increasing scrutiny of such practices.

“Because DEA contends that the current law does not permit practition­er registrants to dispense controlled substances in mobile or ambulatory practice in a realistic or practical way, it is impossible to provide appropriate care within the confines of the law in the event that animals need treatment in a remote location,” the resolution states.

In addition, the USAHA’s resolutions called for the USDA to study an increase in brucellosis infections in and near Yellowstone National Park; let horse owners request dourine and glanders testing for animals that the owners plan to export and later bring back into the country; try to standardize testing methods used by diagnostic laboratories to detect neuropathic strains of equine herpesvirus-1; request proposals for research on mycobacterial diseases of animals; provide indemnity money for animals euthanized following infection with, or exposure to, chronic wasting disease; research the Seneca Valley virus and idiopathic vesicular disease complex in swine; and support epizootic hemorrhagic disease pathogenesis research and vaccine development.