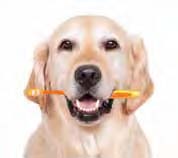 Meanwhile, officials with the California Veterinary Medical Board are working on regulatory changes that would clarify that using metal scrapers to clean a pet’s teeth, or scaling, without veterinarian supervision is illegal.

Susan M. Geranen, executive officer for the board, said the California Code of Regulations has prohibited unlicensed and unsupervised pet dental scaling since May 1990. She said that while people are allowed to perform dental scaling on their own pets’ teeth, the Minimum Standards of Veterinary Practice state that unsupervised nonveterinarians are only allowed to use tools such as toothbrushes, gauze, and toothpastes to clean the teeth of clients’ pets. Clarifications that were proposed in fall 2011 and could be enacted as early as August 2012 would explicitly state that dental scaling is the practice of veterinary medicine, although Geranen said the existing regulations are clear.

On Feb. 24, California Assembly member Martin Garrick proposed legislation, Assembly Bill 2304, that would have allowed nonveterinarians to use nonmotorized instruments to clean teeth above the gum line for cosmetic purposes. The Assembly Committee on Business, Professions, and Consumer Protection defeated the bill April 17 with six votes against the legislation and none in favor of it.

The California VMA announced that day that its opposition to the bill had mobilized more than 7,500 people who had contacted district and capitol offices.

Dr. Richard Sullivan, a practice owner in Torrance, Calif., and a member of the AVMA State Advocacy Committee, said that, about three weeks before the bill was defeated, a client had brought in a dog that had been taken to a groomer for monthly teeth cleaning yet had an abscess so severe a tooth’s roots were exposed. Other clients have brought in pets with neglected gingivitis, and colleagues have reported seeing pets with shiny teeth and infected gums. Dr. Sullivan thinks some pet owners mistakenly believe lay cosmetic teeth cleaners maintain dental hygiene.

The regulatory changes proposed in California are a product of a state consumer protection initiative started in 2009 to encourage boards that regulate professional activities to increase enforcement against unlicensed activity, Geranen said. Work by unlicensed construction contractors is a high-profile example of such activities.

The California Veterinary Medical Board can send cease-and-desist letters and fine nonveterinarians who violate the regulations, although the board typically pursues such actions only in response to consumer complaints, Geranen said. Additional proceedings require participation from prosecutors willing to pursue civil or criminal court cases.

The California VMA is currently campaigning against the illegal practice of veterinary medicine, and nearly 1,200 of 1,500 veterinarians who responded to a survey in 2010 had indicated they knew of such illegal practice in the same areas as their clinics. Anesthesia-free pet teeth cleaning was the most commonly reported.

The AVMA also is collecting reports on suspected incidents of illegal practice of veterinary medicine by nonveterinarians, and a scope-of-practice information form is available at avma.org/advocacy/state/issues.