Proposal calls for changes in antimicrobial use

If drug companies agree to federal regulators’ proposals, antimicrobials important for human medicine will no longer be used to aid livestock growth. 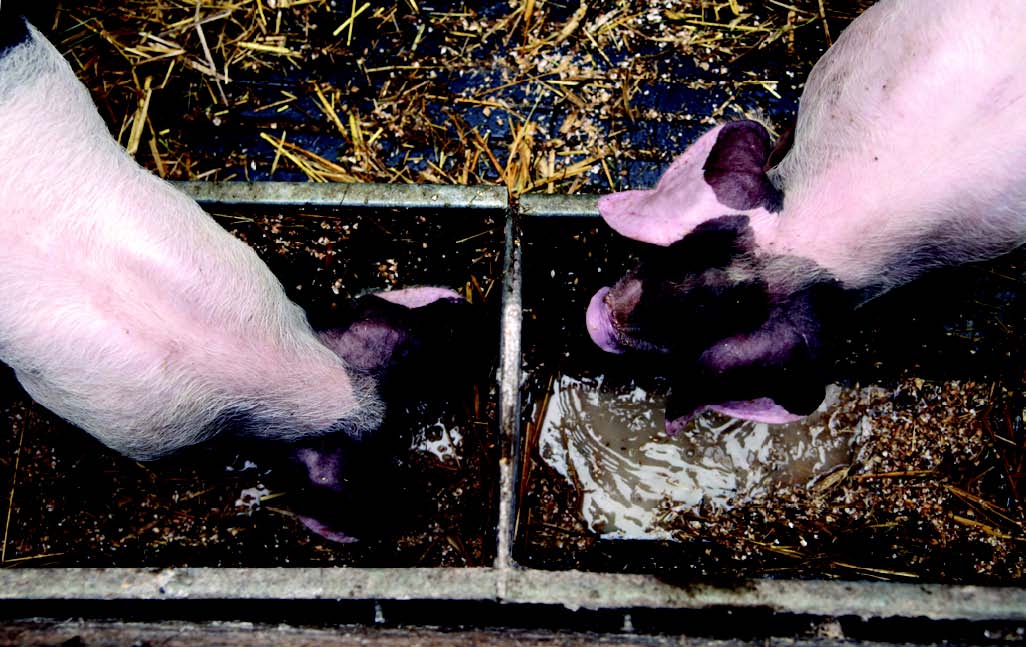 “FDA is concerned about the risk that antimicrobial resistance poses to public health from the use of medically important antimicrobial drugs in food-producing animals for production purposes,” the finalized document states.

The agency also published that day a Federal Register notice that it intends to improve the efficiency of the process to issue veterinary feed directives. The FDA Center for Veterinary Medicine will, through July 12, accept comments on that proposal, which could revise provisions related to veterinary supervision and oversight, professional discretion over drug access, and administrative procedures.

“When you consider all of those various products, there’s on the order of 200 products affected,” Dr. Flynn said.

The Animal Health Institute, a trade organization for pharmaceutical, vaccine, and feed manufacturers, announced that it and member companies would collaborate with the FDA to “implement the policy goals” described in the FDA guides, including ensuring that medically important antimicrobials are used only under the supervision of medical professionals to address disease challenges.

Staci Gouveia, communications director for Bayer HealthCare’s Animal Health Division, provided a statement that the company supports the collaborative process announced by the FDA, the responsible use of antimicrobials, and veterinarian involvement when such products are administered to food-producing animals.

“Bayer supports the idea that responsible use of antibiotics to keep food animals healthy by farmers and veterinarians—at the very beginning of the food safety chain—helps the entire chain produce a safer food product,” her statement said. “We believe this will lead to a more judicious use of antibiotics and along with increased veterinary oversight will improve antibiotic use practices.”

The finalized document, Guidance for Industry #209, describes voluntary changes agricultural industries can make to ensure they appropriately use antimicrobials. A draft version was published in June 2010.

“Antimicrobial resistance, and the resulting failure of antimicrobial therapies in humans, is a mounting public health problem of global significance,” the document states. “This phenomenon is driven by many factors including the use of antimicrobial drugs in both humans and animals.”

The FDA wants to maintain availability of effective antimicrobials to combat infections in humans and animals, including availability for use in feed and water to manage diseases in animal agriculture, the guide states. It includes examples of judicious uses, such as treatment of stressed cattle that a veterinarian has determined are more likely to develop a particular bacterial infection.

The new draft guide, Guidance for Industry #213, provides more-specific plans for drug companies. It indicates the FDA will work with those companies to withdraw approvals that allow livestock production uses of those products that are important for human medicine.

The FDA is accepting comments on the draft guide through July 12. Once the final version is available, the agency wants affected pharmaceutical companies to say within three months whether they intend to voluntarily adopt the suggested changes. The FDA is “initially pursuing this voluntary approach,” the guide states, but will evaluate progress three years after the final guide’s publication and “consider further actions as warranted.”

The three-year implementation period is intended to give the FDA time to amend its veterinary feed directive requirements, pharmaceutical companies time to efficiently and practically change their drug approvals, and affected parties in agriculture time to change their management and business practices.

The AVMA released a statement that commended the FDA for working with stakeholders, including the veterinary and public health communities, animal agriculture industry, drug sponsors, and the USDA, to address antimicrobial resistance concerns while protecting human and animal health. In April 2011, the AVMA created a five-member Steering Committee for FDA Policy on Veterinary Oversight of Antimicrobials to work with the agency on such matters.

Dr. Joni M. Scheftel, steering committee chair, thinks the committee’s two meetings in Washington, D.C., influenced development of the FDA’s proposed veterinary feed directive process. She noted, for example, that the FDA proposal would require veterinarians to comply with “all applicable veterinary licensing and practice requirements.” The committee and FDA had discussed the issue and agreed that veterinarians should be licensed in each state where they issue directives, to ensure judicious antimicrobial use and protect clients.

Dr. Charles L. Hofacre, a committee member, said he had suggested to the FDA that antimicrobial use to prevent necrotic enteritis in broiler chickens was a judicious use, and that example is included in the draft guide for pharmaceutical companies. He said the FDA was responsive to concerns voiced by those affected by the proposals, and he personally approved of the agency’s decision to allow uses for disease prevention.

But Dr. Tom Burkgren, executive director of the American Association of Swine Veterinarians, warned that pigs could be harmed, particularly by enteric and respiratory infections, if the swine industry were to lose access to antimicrobials for growth promotion and feed efficiency. He cited health problems among Denmark’s pigs after regulations there restricted antimicrobial use.

Previous risk assessments have shown that production uses of antibiotics posed negligible risk, Dr. Burkgren said, and the AASV would like to see the FDA perform additional risk assessments on the products that would be affected by the recent guidance.

The AASV supports implementing veterinarian oversight for antimicrobial uses, although it hasn’t taken a position favoring regulations requiring such oversight.

“We’ve had a position for a number of years that veterinarians should be involved in the decision-making process when producers are going to use an antibiotic, and I think that is still a good idea,” Dr. Burkgren said.

Increasing the use of veterinary feed directives will require increased education and infrastructure to avoid unintended restrictions on antimicrobial access or inefficient delivery of the products, Dr. Burkgren said. But he thinks the FDA proposal to change the directive process indicates the agency has taken seriously the comments by the AASV and others.

All antimicrobial approvals issued by the FDA since 1993 have required prescriptions or veterinary feed directives for uses in livestock. Prior approvals included over-the-counter uses to increase the rate at which the animals gained weight or the efficiency with which they converted feed to body mass.

“Most of the products we’re talking about that are affected here are products that have been on the market for many, many years,” Dr. Flynn said.

Some of the affected products were subject to withdrawal proceedings decades earlier. In 1977, agency officials expressed concern about the development of antimicrobial resistance and proposed withdrawing some uses of penicillin, chlortetracycline, and oxytetracycline in animal feed.

If a pharmaceutical company agrees with the FDA to change the approved conditions for use of a drug, that change triggers changes for producers of generic equivalents who align their drug labels with those of the original product, Dr. Flynn said. The same is true for combination drugs containing the original product.

The FDA has worked closely with pharmaceutical companies since issuing the June 2010 draft version of Guidance for Industry #209, contacted agriculture and animal feed companies, and developed a strategy intended to minimize disruption and address concerns, Dr. Flynn said. He is optimistic, given feedback from industry, that the FDA and affected companies can reach the agency’s goal through collaboration.

“We think this strategy will lead to some significant changes that are important for assuring the safety of these products and addressing a public health concern,” Dr. Flynn said. “And of course, we’re trying to do it in a way that’s as sensitive as possible to the potential impacts that this may have on the agriculture industry and want to make sure we minimize the negative impacts on animal health.”