Getting down to business

The AVMA is undertaking a long-term, multimillion-dollar initiative to develop a strategy for reversing a troubling economic decline evident throughout much of the U.S. veterinary profession. 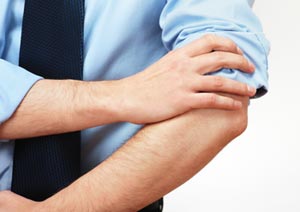 Following a series of meetings at AVMA headquarters Aug. 22-23, the Executive Board approved a package of proposals totaling more than $5 million to aid a profession plagued by low numbers of client visits, skyrocketing veterinary student loan debt, and questions over whether the supply of veterinarians is outpacing demand for veterinary services.

A fiscally sound profession has been a strategic goal of the Association since 2008 and is articulated in the report of the AVMA 20/20 Vision Commission, which was charged with developing a vision for the Association. The scope of this new initiative, however, and the commitment of considerable Association resources signal a new willingness among the AVMA leadership to take a more active role in influencing the veterinary profession's economic future.

"I truly believe AVMA has to do this," AVMA President René A. Carlson said. "If we do not immediately begin addressing these challenges, then we will lose many of the valuable services veterinary medical professionals provide every day, including promoting animal health and welfare and ensuring a safe and plentiful food supply."

A component of the AVMA economic initiative is a pledge to make a reality of the vision statement "Veterinary medicine is a personally and financially rewarding profession." To that end, the Executive Board established a $5 million fund in support of plans and programs to strengthen the U.S. veterinary profession's economic foundation.

And finally, the AVMA will provide its members with resources and information to help them improve their financial condition. The board postponed a decision on a proposal to commission a veterinary workforce study until late September.

AVMA Executive Board Chair Ted Cohn said the Association is responding to members worried about the veterinary profession's economic future. "As a prime leader and the largest association of veterinarians within the profession, it is vital that we are aware of, and are responsive to, the needs of our members and the profession as a whole," Dr. Cohn said.

"For AVMA to ignore these economic problems or place the burden on individual veterinarians would be reckless and indefensible," he added.

Dr. George Bishop, the AVMA House of Delegates liaison to the Executive Board, commended the board for its "bold" action to ease the economic burdens of the membership. He also expressed a common sentiment among board members that the AVMA alone cannot improve the veterinary economic situation but, instead, can serve best as a catalyst for change.

"By bringing us together to work toward a common goal," Dr. Bishop said, "the AVMA can provide economic analysis, education, research, programs, and leadership."

That the veterinary medical system suffers from a number of fundamental problems has been recognized for years. In 1999, the KPMG study on the U.S. market for veterinary services warned that the highly fragmented veterinary delivery system threatens the profession's economic viability. The imbalance between low salaries and high veterinary student debt was also one of a "group of serious problems" the study identified.

If we do not immediately begin addressing these challenges, then we will lose many of the valuable services veterinary professionals provide every day, including promoting animal health and welfare and ensuring a safe and plentiful food supply.

Subsequent surveys and research have found many of these problems persist today. In some cases, they're worse. Recently updated data from the AVMA (JAVMA 2011;239:953-957) show the mean veterinary educational debt among the 90 percent of fourth-year students with debt in 2011 was $142,613, a 6.5 percent increase from the previous year. Excluding salaries for graduates pursuing advanced study, the mean starting salary for a veterinarian in 2011 was $66,469, a 1.3 percent drop from 2010.

A number of factors are exacerbating the situation. Despite recent projections by the American Pet Products Association that pet industry spending in 2011 is on track to exceed $50 billion, the Bayer Veterinary Care Usage Study released this year revealed persistently low numbers of veterinary visits, an indication the public isn't convinced about the value of veterinary services.

Also of concern are the high rate of veterinary graduates entering private companion animal practice and a growing number of nonveterinarians offering services traditionally considered within the scope of veterinary medicine. In addition, questions have been raised about whether graduates of AVMA-accredited foreign veterinary colleges practicing in the United States are creating competitive pressure on the domestic veterinary workforce.

Dr. Lonnie King, executive dean of The Ohio State University Health Sciences and dean of the College of Veterinary Medicine, participated in the Executive Board deliberations this past August. More than 10 years ago, he represented the Association of American Veterinary Medical Colleges on the committee tasked with finding answers to problems raised by the KPMG report. The result was the formation of the National Commission on Veterinary Economic Issues in 2000.

The profession's response to NCVEI recommendations, such as updating fee structures and improving practice efficiency, was "uneven," according to Dr. King. "Some practices took the recommendations seriously and benefited, but many others didn't. It's more likely that veterinarians haven't really changed a lot of their business practices," he acknowledged.

The current economic climate for veterinary medicine is worse than when the KPMG report was released more than a decade ago, Dr. King said, and is a consequence of fundamental problems within the profession rather than a temporary setback sparked by the economic recession.

The nonprofit NCVEI is currently in the process of dissolving owing to funding difficulties. The AVMA is finalizing the purchase of commission assets, including the website, database, and brand (see JAVMA, Aug. 1, 2011).

Reasons why veterinary medicine finds itself in such difficult financial straits are more complex than most people realize, Dr. King said, and he anticipates that coming up with solutions for reversing the economic decline will be equally daunting, as will getting buy-in from all sectors of the profession and its industry partners.

Regardless of the difficulties, Dr. King considers the AVMA initiative to mobilize veterinarians to better their profession's economic future admirable and, at the end of the day, a necessity, not an option.

"If this is the most serious issue facing the profession, then it demands a bold strategy and a compelling set of actions moving forward," he said. "Having a national plan and sounding the clarion call to action is really an important step."