A study from the University of Georgia College of Veterinary Medicine analyzing causes of death among the various dog breeds confirmed previous anecdotal beliefs and limited research but also identified novel patterns in certain groups. 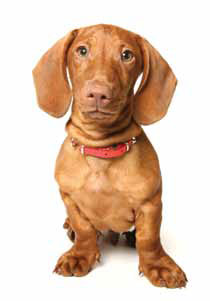 Researchers for the study, "Mortality in North American dogs from 1984 to 2004: an investigation into age-, size-, and breed-related causes of death," (J Vet Intern Med 2011;25(2):187-198), sifted through 20 years of records from the Veterinary Medical Database. The VMDB is one of the world's largest veterinary medical data repositories, with records from 27 North American veterinary schools' and colleges' teaching hospitals.

In all, Dr. Kate E. Creevy, an assistant professor at Georgia's veterinary college, and her co-authors looked at records of more than 74,556 dogs of 82 breeds. Causes of death were categorized in two ways: by the organ system involved and by the category of disease.

Results indicated that young dogs (2 years or younger) died most commonly of trauma, congenital disease, and infectious causes. Older dogs, on the other hand, died overwhelmingly of cancer; however, the frequency of cancer peaked in the group that included 10-year-old dogs and then declined with the oldest age group.

More commonalities among ages were seen in causes of death related to organ systems. The gastrointestinal, nervous, and musculoskeletal systems tended to be involved most often, which was true for young and old dogs, while the skin, eyes, liver, and glandular systems were less commonly affected.

In analyzing specific breeds, researchers found generally unsurprising results, such as Dachshunds having a high percentage of deaths attributable to neurologic disease and Golden Retrievers having the highest percentage of deaths from cancer. Respiratory disease was the most common cause of death in Bulldogs, and Chihuahuas and Maltese died largely of cardiovascular diseases.

Yet, some unexpected findings also emerged from the study. For instance, researchers documented a high percentage of cardiovascular system causes of death in Fox Terriers, a breed not traditionally associated with this diagnosis. Afghan Hounds and Vizslas in the study population most often died of respiratory disease, which researchers could not readily explain.

Predictably, Golden Retrievers and Boxers died of cancer more commonly than any other disease and at rates higher than those of most other breeds; however, the Bouvier des Flandres was the breed with the second highest rate of cancer-related deaths, ranking ahead of the Boxer. This pattern has not been reported previously.

"With rare breeds, an individual veterinarian may not see enough cases to be able to develop the opinion on whether the breed has a high incidence of conditions such as cancer," Dr. Creevy said in a press release. "But if you analyze records that have been compiled over 20 years, you can detect patterns that you wouldn't otherwise notice."

Finally, although cancer generally was the most common pathophysiologic process resulting in death in the study population, there were a few breeds less likely to die of the disease, including several toy breeds—Chihuahua, Pekingese, Pomeranian, and Toy Poodle—and the Australian Heeler and the Treeing Walker Coonhound.

The researchers say their results should point to areas ripe for future investigation, including the gastrointestinal system, which was the organ system most frequently associated with death in the study overall.

They also hope the study can be used to create breed-specific health maintenance programs.

"If we can anticipate better how things can go wrong for dogs, we can manage their wellness to keep them as healthy as possible," Dr. Creevy said in a press release.