The AVMA policy on "Dog and Cat Population Control" has been revised to express the Association's nonsupport for regulations or laws mandating spay/neuter of privately owned, nonshelter dogs and cats. 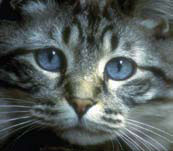 The Animal Welfare Committee recommended the changes to the policy, which reads, in part, as follows: "The AVMA does not support regulations or legislation mandating spay/neuter of privately owned, non-shelter dogs and cats. Although spaying and neutering helps control dog and cat populations, mandatory approaches may contribute to pet owners avoiding licensing, rabies vaccination and veterinary care for their pets, and may have other unintended consequences."

The policy was adopted in November 2004 and considered by the AWC in accord with the five-year review directive. After review and discussion, committee members agreed that the AVMA should not support regulations or legislation mandating spay/neuter of privately owned, nonshelter dogs and cats for a number of reasons, which were provided in the background of the recommended policy changes.

Although spay/neuter is an important part of effective population control programs, and may benefit individual dogs and cats if performed at the appropriate time, whether and when to spay/neuter specific animals requires the application of science and professional judgment to ensure the best outcome for veterinary patients and their owners. Prevention of unexpected litters; reduced incidences of some cancers and reproductive diseases; and prevention and amelioration of certain undesirable behaviors have been documented as benefits to spaying/neutering dogs and cats. However, potential health problems associated with spaying and neutering have also been identified, including an increased risk of prostatic cancer in males; increased risks of bone cancer and hip dysplasia in large-breed dogs associated with sterilization before maturity; and increased incidences of obesity, diabetes, urinary tract infections, urinary incontinence, and hypothyroidism.

There are conflicting reports regarding euthanasia rates and animal control costs achieved in communities that have enacted mandatory spay/neuter.

Mandating spay/neuter can increase canine, feline, and zoonotic disease risks because some people will attempt to avoid detection of their unaltered pets by failing to seek veterinary care.

The AVMA policy on "Dog and Cat Population Control" can be read along with other Association policies.