6:30 p.m. – 7:30 p.m. ET
Alumni receptions & happy hours
What better way to kick off Convention than with your fellow alumni and peers? Reconnect with old classmates and make new friends. More information to come.

6:30 p.m. – 7:30 p.m. ET
Vet tech trivia night
AVMA would like to extend a big thank you to the veterinary technicians and veterinary nurses who play such integral roles on our veterinary teams. In appreciation, we invite techs and tech students to an exclusive virtual Vet Tech Trivia Night! Team up with your fellow attendees and work together to win the trivia crown!

6:30 p.m. – 7:30 p.m. ET
Concert
Join us at this year's premiere virtual event to watch 76 Degrees West defend their title of AVMA Top Dog! Don't miss this epic battle of East vs. West Coast! Representing the West Coast will be NRG and LA Allstars.
Sponsored by BI 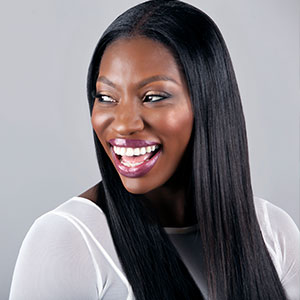 The AVMA is proud to announce this year's keynote speaker, Patrice Washington. Patrice is an award-winning author, transformational speaker, hope-restoring coach, media personality, and top-rated host of the Redefining Wealth podcast where she teaches the masses to "chase purpose, not money."

You love what you do but being passionate about your work can sometimes feel like a blessing and a burden. When we neglect to put ourselves first, our own wellbeing and sense of purpose can take a backseat. Wealth is more than mere budgets and bank accounts. This soul-searching session will empower you to embrace wellbeing and wealth-building by leaning into the areas of life that matter most.

Patrice got her start as the popular personal finance expert, "America's Money Maven." With her "mindset approach" to money, she garnered tremendous success as the recurring voice on the nationally syndicated "Steve Harvey Morning Show." Her message reached millions as she shared her story of launching her first business out of college to seven-figure success, only to end up scrapping up change at the height of the Great Recession. She's rebuilt her life brick-by-brick and now, Patrice is committed to redefining the term "wealth" using its original meaning, "wellbeing," and showing others just how she did it. She will encourage you to have "wealth" in all aspects of your life by pursuing your purpose, being fulfilled, and earning more without ever chasing money.

Through her teaching, Patrice will empower you to look at life through the lens of abundance and opportunity, instead of lack and scarcity, and show you how to create a powerful life vision in your career, home, health, and personal finances.

Television Host and Culture Expert on the Emmy-nominated Netflix reboot of Queer Eye, Karamo Brown says that the key to his success is tapping into the many facets of his identity. Whether as an openly gay man, a black man, a single father, or psychotherapist, Karamo strategically utilizes the strengths of his different identities to achieve success – and teaches others to do the same. Lauded for his ease and natural comfort in relating to different types of people, Karamo is tasked with making-over the hearts and minds of the "culturally challenged," and helps them to confront and grow beyond the internal issues holding them back.

According to the LA Times, "Karamo is at the intersection of where pop culture, social media, and real life collide!"

Karamo was the recipient of the 2018 Human Rights Campaign Visibility Award. He was also invited by the Obama Administration to work with the White House to create policy and legislation supporting LGBTQ youth and their allies after school hours. Since then he has personally worked with President Barack Obama to support the president Obama Foundation and the My Brother's Keeper Alliance. Karamo is an active member of the Never Again MSD gun control movement after his Florida high school, Stoneman Douglas, suffered a fatal shooting in 2018. A graduate of Florida A&M University, Karamo worked as a licensed social worker for over a decade before transitioning into media.

Beginning his television career in 2004 as a housemate on the MTV hit reality series The Real World, Karamo was the first openly gay African American in the history of reality television. Shortly after the conclusion of The Real World, Karamo learned that he was the father of a nine-year-old boy, Jason. With the support of his child’s mother, he petitioned and gained full custody of his son. A year later, Karamo adopted Jason's half-brother, Christian. His upcoming children's book, I am Perfectly Designed, is an empowering ode to modern families, coauthored with his son, Jason. 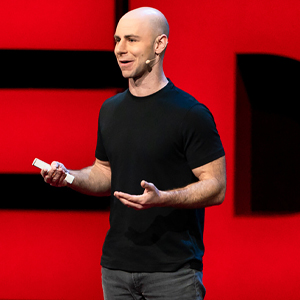 In this intimate conversation, Adam Grant fields questions from AVMA's own, Dr. Matt Salois, Director of Economics. They will explore how to build resilience in our teams and ourselves. "Resilience is the strength and speed of our response to adversity," says Grant. "It's a skill set that we work on throughout our lives," he contends.

This conversation draws lessons from his #1 New York Times bestselling book Option B, co-authored with Facebook COO Sheryl Sandberg, after the unexpected death of her husband and the current COVID 19 landscape. The session will offer practical steps one can take to reimagine and rebuild their life when their first choice – Option A – is no longer on the table.

Adam Grant has been Wharton's top-rated professor for seven straight years. As an organizational psychologist, he studies how we can find motivation and meaning, and lead more generous and creative lives. He has been recognized as one of the world's 10 most influential management thinkers, Fortune's 40 under 40, and Oprah's Super Soul 100.

He is the author of multiple #1 New York Times best-selling books that have sold over 2 million copies and been translated into 35 languages: Give and Take, Originals, Option B, and Power Moves. His books have been named among the year's best by Amazon, the Financial Times, Harvard Business Review, and the Wall Street Journal, and praised by J.J. Abrams, Richard Branson, Bill and Melinda Gates, Malcolm Gladwell, and Malala Yousafzai.

Grant was profiled in The New York Times Magazine cover story, "Is giving the secret to getting ahead?" He was tenured at Wharton while still in his twenties and has received the Excellence in Teaching Award for every class he has taught. He is the founder and host of the Authors@Wharton speaker series, and co-director of Wharton People Analytics. He curates the Next Big Idea Club along with Susan Cain, Malcolm Gladwell, and Dan Pink, handpicking two new books each quarter for subscribers and donating 100% of profits to provide books for children in under-resourced communities. He is also the co-founder of Givitas, a knowledges collaboration platform that makes it easy to give and receive help in five minutes a day, and angel investor in startups in HR and culture, technology, and consumer products. 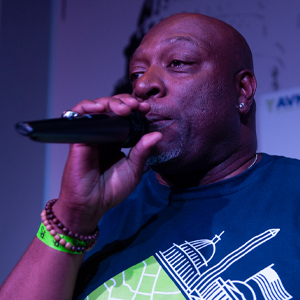 Let's celebrate all the beautiful things that make us different and the profession that brings us together. Join us at this year's virtual Live Life, Love All event, featuring our first ever Lip Sync Competition! Do you have what it takes to perform at this year's event? Follow us on Facebook and watch for details on how to enter!

Take a 3.1-mile running or walking tour of your neighborhood and join the AVMA in support of the AVMF's COVID-19 Disaster Relief Support fund. Participants will receive a commemorative t-shirt and a finisher's medal, included in the cost of race registration. Run anytime between August 16 – 23 and track your run with the RaceJoy app to be eligible for awards. You might even hear some folks cheering you on along the way! Don't forget to take pictures and post them to RaceJoy to see where other participants are running!

Not an AVMA member yet?

Become a member before you register, and SAVE up to $100 on your AVMA Convention 2020 registration.

Get social with us

Sign up today for Convention news for the latest information and exclusive offers.