Why is Congress letting rural communities go without veterinary care?

If you went on National Journal’s or Roll Call’s websites this month, you would have seen the latest AVMA advertisements promoting an important bill that will help provide incentives to veterinarians who are willing to practice in underserved communities. 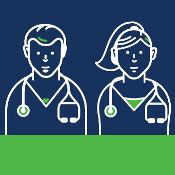 The ad campaign, which is running throughout December, calls on Congress to pass the Veterinary Medicine Loan Repayment Program (VMLRP) Enhancement Act. The AVMA has been a strong supporter of the VMLRP since the program’s inception back in 2003. The VMLRP provides up to $75,000 in student loan reimbursement to public health and food safety veterinarians willing to serve for three years in a shortage area, as designated by the U.S. Department of Agriculture. The bill would remove the 39 percent withholding tax on the program that prevents more veterinarians from serving America’s ranchers and farmers.

The AVMA sought to have this bill included in legislation this fall to extend expired tax breaks. However, because the bill would add a new provision to the tax code, instead of simply extending one already on the books, it was not permitted. The AVMA will continue to push passage of this bill again in 2016.

We also recently released an updated infographic and video promoting the VMLRP. Learn more about this important bill on our advocacy campaign page. While you’re there, be sure to write your congressmen telling them to pass this bill that will improve the health and welfare of America’s livestock.