Special election called for district director on AVMA Board

Due to the creation of a vacancy on the AVMA Board of Directors, a special election will be held to select a new AVMA Board member representing District 3. 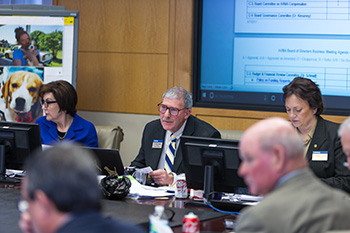 In accordance with the AVMA Bylaws, nominations are being sought for election to an unexpired term (2017-2019) on the AVMA Board representing the states of Alabama, Mississippi, North Carolina, South Carolina and Tennessee.

The nomination period closes July 21. The successful candidate will be eligible for re-election to a six-year term after the unexpired term ends in 2019.

Go to our AVMA Elections web page for details and forms.