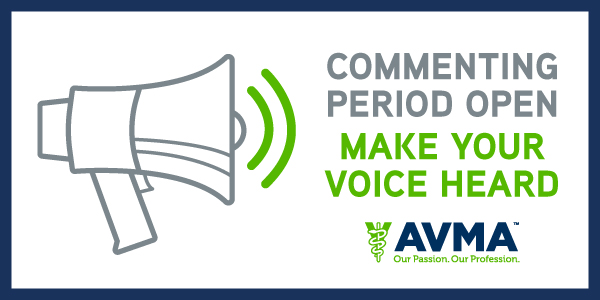 The volunteer experts who make up the AVMA Panel on Depopulation are awaiting additional comments from AVMA members before completing the AVMA’s first detailed guidance on this topic.

The panel’s draft of the first-ever AVMA Guidelines for the Depopulation of Animals is available for review and comment by all AVMA members, and we strongly encourage all members to share their thoughts with the panel on this important issue. Comments on the draft are due no later than April 16.

Depopulation refers to the large-scale, rapid destruction of multiple animals in response to an emergency situation, such as a hazardous zoonotic or foreign animal disease outbreak, natural disaster, terrorist activity, or radiological incident. The guidelines apply once a decision to depopulate has been made. Consistent with the AVMA's approach to euthanasia, they reflect the AVMA’s concern for the ethical treatment of animals at all stages of life. The guidelines aim to ensure as much consideration is given to animal welfare as practicable within the constraints of an emergency.

To best protect animal welfare, the guidelines support advance planning for emergency situations and provide guidance for making decisions during an emergency.

The development of AVMA policy is a collaborative process that works best with broad involvement by the AVMA’s member veterinarians. These draft guidelines include recommendations for how to manage the emergency depopulation of companion animals, laboratory animals, bovines, swine, small ruminants, poultry, equids, aquatics, and captive and free-ranging wildlife, and we encourage all AVMA members to review and comment on the draft.