Update: The U.S. Department of Labor on December 2 appealed Judge Mazzant's decision to the 5th Circuit U.S. Court of Appeals in New Orleans. 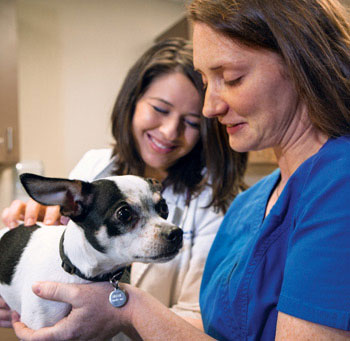 With the future of federal overtime pay regulations uncertain in the wake of a federal court ruling last week, the AVMA is keeping a close eye on the issue and maintaining our vigilance in monitoring congressional and regulatory action related to overtime.

As we reported last week, a federal judge in Texas blocked implementation of a new U.S. Department of Labor rule that would extend overtime pay to 4.2 million Americans, likely including some salaried employees of veterinary practices and other businesses. We don’t yet know if that sounds the death knell for the rule; not only is the ruling expected to be appealed, but it came in the form of a preliminary injunction, which means a final ruling is still forthcoming.

With that uncertainty, it’s important for veterinary practice owners and managers to know more about the judge’s decision and the possible paths forward.

The rule in question, if implemented, would require employers to pay time-and-a-half overtime to exempt salaried employees earning less than $47,476 a year when they work more than 40 hours a week. The current threshold for these workers to qualify for overtime pay is $23,476.

Details of the Texas court case challenging the overtime rule

The preliminary injunction was requested by the 21 states that challenged the rule - not the business plaintiffs, who filed a motion for summary judgement, which is pending. The states requested the injunction on the grounds that:

Summary of the judge’s decision

In issuing the preliminary injunction, Judge Mazzant rejected the 10th Amendment argument.  However, he found that the Labor Department exceeded its authority by issuing a rule that made the overtime exemption significantly dependent on salary level.

The relevant part of the Fair Labor Standards Act states that overtime exemptions apply to “any employee employed in a bona fide executive, administrative, or professional capacity … as such terms are defined or delimited from time to time by regulations of the Secretary (of Labor).”

According to the court, “While this explicit delegation would give the Department significant leeway to establish the types of duties that might qualify an employee for the exemption, nothing in the executive, administrative, and professional (EAP) exemption indicates that Congress intended the Department to define and delimit with respect to salary level.”

The decision quoted a 1949 report on the regulations stating, “The salary level was purposefully set low to ‘screen out the obviously nonexempt employees, making an analysis of the duties in such cases unnecessary.’” Furthermore, the court said, “Congress did not intend salary to categorically exclude an employee with EAP duties from the exemption." The court seemingly is satisfied with a salary level, but not one that would exclude any employees who otherwise would meet the duties of an exempt position. The ruling did not indicate what salary level would meet that test.

What’s next for the overtime rule?

The Labor Department is expected to appeal the injunction  to the 5th U.S. Circuit Court of Appeals, but it is uncertain how long the appeal might take and whether it could be decided before the inauguration of president-elect Donald Trump. If the new overtime rule is not revived before Jan. 20, 2017, there is a strong possibility that the Labor Department under a Trump administration would withdraw the appeal and let the injunction stand.

Meanwhile, AVMA anticipates legislation will be introduced in Congress to address the salary threshold, which has not been adjusted since 2004. To that end the AVMA will continue to pay close attention to any legislation dealing with the Fair Labor Standards Act in the 115th Congress, which convenes in January.

The AVMA supports three bills in the 114th Congress that aim to ameliorate the Labor Department’s rules:

AVMA and partners host congressional briefings on One Health