Occupational hazards: Protect yourself and your staff when handling hazardous drugs 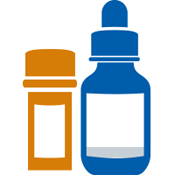 New hazardous drug standards will be implemented in July 2018 and will affect veterinary practices. The standards have caused some confusion among our members, so we’ve had discussions with the agencies involved to provide the following clarification.

The term itself isn’t particularly comforting, but the reality is that veterinary practices use “hazardous drugs” every day as they perform their duties to protect animal health and welfare.  According to the National Institute for Occupational Safety and Health (NIOSH), a drug is hazardous or potentially hazardous if it has any of the following effects:

Drugs that mimic existing hazardous drugs in structure or toxicity also are considered hazardous. For example, all anti-neoplastic drugs used in practice qualify as hazardous drugs.  Apomorphine, cyclosporine, and fluconazole are other commonly used drugs that are also on the NIOSH list of hazardous drugs approved for use in humans. Although veterinary-only drugs aren’t included in the list, some of them meet the NIOSH criteria and should be considered hazardous and handled appropriately. The risk to veterinary staff handling these drugs depends on how the drugs are manipulated (e.g., if tablets are cut or crushed, the exposure risk is higher); how often they’re handled; and what type of personal protective equipment (PPE) is used while handling the drugs.

The U.S. Pharmacopeial Convention (USP) is a scientific, nonprofit organization that sets standards for the identity, strength, quality, and purity of medicines, food ingredients, and dietary supplements manufactured, distributed and consumed worldwide. The organization has drafted a new chapter, <800> Hazardous Drugs – Handling in Healthcare Settings proposed for inclusion in the U.S. Pharmacopeia and The National Formulary (USP–NF), which provides Food and Drug Administration (FDA)-enforceable pharmaceutical standards. The chapter provides guidance on the handling of hazardous drugs in healthcare settings, and includes requirements for receipt, storage, mixing, preparing, compounding, dispensing, and administration of hazardous drugs to protect the patient, healthcare personnel, and environment. It covers all healthcare entities that store, prepare, transport, or administer hazardous drugs, including pharmacies and veterinary clinics; and it applies to all healthcare personnel who handle hazardous drugs, including veterinarians and veterinary technicians.

Although the USP is a standard-setting organization and NIOSH develops information and programs related to occupational safety and health, USP’s standards and NIOSH’s guidance inform the FDA, the Occupational Safety and Health Administration (OSHA), and the state regulatory agencies – all of which have regulatory authority. In essence, the standards become rules because they become incorporated into the enforcement regulations of state and/or federal regulatory agencies. Although it remains to be determined, hazardous drug handling standards could be enforced in veterinary practices by veterinary medical boards, OSHA, or potentially health departments.

The hazardous drug standard was published in February, but takes effect July 1, 2018, to allow those affected additional time to implement the necessary changes in equipment and work practices to be compliant with the standard.

If you’re looking for more information on hazardous drugs, check out the resources provided in the AVMA@Work article “Need help with your hazardous drugs?” and the NIOSH publication “Safe Handling of Hazardous Drugs for Veterinary Healthcare Workers.” In addition, our veterinary waste disposal resources contain a members-only resource on Drug and Chemical Disposal that addresses hazardous drug disposal.