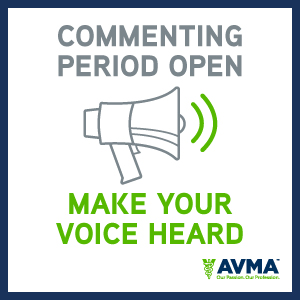 A draft version of the first-ever AVMA Guidelines for the Depopulation of Animals is now available for review and comment by all AVMA members.

Once finalized, the guidelines will represent the first detailed guidance the AVMA has provided relating to depopulation, which refers to the large-scale rapid destruction of multiple animals in response to an emergency event such as a natural disaster, hazardous zoonotic or foreign animal disease outbreak, terrorist activity, or radiological incident. Comments on the draft guidelines are due no later than April 16.

The guidelines address depopulation starting from the point at which a decision to depopulate has been made. Consistent with the AVMA's approach to euthanasia, they reflect the AVMA’s concern for the ethical treatment of animals at all stages of life. The guidelines aim to ensure as much consideration is given to animal welfare as practicable within the constraints of an emergency event.

To ensure the best possible animal welfare, the guidelines support advanced planning for possible emergency situations and provide guidance for making decisions during an emergency.

All AVMA members are invited to review and comment on the draft AVMA Guidelines for the Depopulation of Animals, which include sections relating to companion animals, laboratory animals, bovines, swine, small ruminants, poultry, equids, aquatics, and captive and free-ranging wildlife.

Help for those in the path of disasters