The House Appropriations Committee passed by voice vote its fiscal 2017 Agriculture Appropriations bill on April 19. The legislation funds important agricultural and food programs and services, including programs for animal health and welfare, food safety and rural development programs. The chart below outlines AVMA’s requests and funding levels approved by the committee.

Key AVMA priorities in the agriculture spending bill for fiscal 2017

Total funding under the bill, including mandatory farm and nutrition spending, is $147 billion; discretionary spending totals $21.3 billion, which is $451 million below the enacted fiscal year 2016 level.

While lauding the invaluable role that the National Animal Health Lab Network (NAHLN) played in the 2015 outbreak of Highly Pathogenic Avian Influenza, the committee is urging NAHLN to consider partnering with other accredited private labs to assist with increased testing demands in order to prevent backlogs and provide results as quickly as possible. Also, report language encourages the National Institute for Food and Agriculture (NIFA) “to prioritize funding to strengthen animal health diagnostic laboratories operated and administered by Colleges of Veterinary Medicine at land grant institutions. NIFA should take into consideration the degree to which the capacity for surveillance, monitoring, response, and capacity is enhanced; the concentration of human and animal populations that are directly at risk; trade, tourism, and cultural considerations; geography, ecology, and climate; the strength of biomedical, agricultural, environmental, and public health expertise at the hosting land grant university; evidence of active collaboration with, and support of, the state department of agriculture; and evidence of stakeholder support and engagement.” 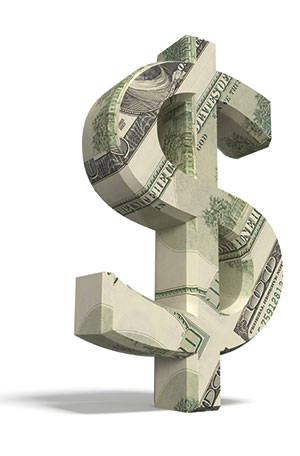 The committee is directing APHIS to report on contingency plans to develop an expanded Food-and-Mouth Disease (FMD) vaccine bank and the estimated funding necessary for implementation and maintenance. In addition, APHIS is to review protocols for foreign zoonotic disease eradication and to develop a strategy that improves agency, state and local, and industry responsiveness. APHIS should consider funds available to states through the current cooperative agreements for surveillance testing and backyard flock surveillance; grant or cost share opportunities for farmers to give them the ability to enhance biosecurity measures at their operations; the need for veterinarian positions in states for biosecurity activities; and needs to address the unavailability of vaccine for FMD.

Funding for APHIS Animal Welfare totals $28.510 million. None of the funding may be used to issue or renew the licenses of Class B dealers who sell dogs and cats for use in research, experiments, teaching, or testing. Included in the funding is $500,000 to renew a Memorandum of Understanding between APHIS and ARS that maintains high standards of care for animals used in ARS funded research, and ensures every ARS location engaging in research and testing on vertebrate animals has a fully functioning Institutional Animal Care and Use Committee in place. The MOU also ensures each IACUC produces a semi-annual report with a description of and the reasons for any major deviations from the requirements outlined in ARS policy. The Horse Protection Act is funded at $697,000. The agency is directed to provide greater and more consistent transparency and to work more closely with stakeholders on rules and regulations. The committee admonished APHIS to work with Congress through the legislative process if it wishes to modify the Horse Protection Act.

With lawmakers increasingly scrutinizing policy surrounding antibiotics, the committee allots $9.9 million to APHIS to monitor the use of antibiotics on farms. The information collected should delineate between antibiotics used for food-producing and companion animals. To avoid duplication with the National Antimicrobial Resistance Monitoring System, surveys regarding on-farm usage are to be limited to collecting information about the antibiotics used. Additionally, the Food and Drug Administration (FDA) is urged to foster the development of new antibiotics by supporting greater collaboration between industry and the FDA around adaptive clinical trials and labeling changes. The President’s Council of Advisors on Science and Technology has recommended this proposal to help support the type of robust drug development that will be needed to ensure patients are protected from bacterial resistance.

The Food Safety and Inspection Service (FSIS) is funded at $1,030,405,000. FSIS is admonished to ensure that inspectors hired with funding previously specified for enforcement under the Humane Methods of Slaughter Act focus their attention on overseeing compliance with humane handling rules for live animals as they arrive and are offloaded and handled in pens, chutes and stunning areas, and that all inspectors receive robust national training, including on the Regulatory Essentials, Humane Animal Tracking System, and Public Health Information System.

The FDA is funded at $2.75 billion, including $190.75 million for the Center for Veterinary Medicine and $33.1 million for the implementation of Food Safety Modernization Act. Tucked into the FDA section of the bill was language expressing concern that the FDA has proposed draft guidance for industry for animal drug compounding and its application of statutes that are limited to human compounding.

The next step in the legislative process is consideration by the full House of Representatives. The Senate Subcommittee on Agriculture Appropriations is expected to consider their version of fiscal 2017 bill later this month. The likeliest courses for agriculture spending are it is either folded into an omnibus appropriations bill during the lame-duck session, or congress passes a continuing resolution thus leaving the fiscal 2017 funding until next year when a new president takes office.

AVMA and congressional allies call for passage of One Health bill