AVMA to Supreme Court: Level the playing field between veterinarians and online retailers 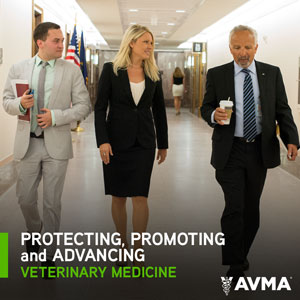 The AVMA has joined an amicus brief asking the U.S. Supreme Court to level the playing field between online retailers and veterinarians by requiring online retailers to collect sales taxes.

The brief, filed in the case of South Dakota v. Wayfair, notes the impact of the case on veterinarians and asks the court to require online businesses to collect sales tax.

Online retailers without an on-the-ground presence don’t currently have to collect sales tax because of a 1992 Supreme Court decision, Quill v. North Dakota. Instead of sales tax being collected and remitted by retailers, individuals are supposed to remit the sales taxes they owe for online purchases themselves. This system does not work as intended.

The South Dakota state legislature passed a state law in opposition to this ruling, requiring companies that do more than $100,000 worth of business in online sales in the state to collect sales taxes. Wayfair, an American company that sells home goods online, challenged the state law. The case has been appealed to the U.S. Supreme Court, where its outcome will decide whether online retailers can be required to collect sales tax.

This ruling will have a significant impact on the veterinary profession because the sales tax exemption provides online retailers with an unfair advantage over brick-and-mortar businesses, including veterinarians who sell medications, flea and tick products, medicated food and treats, leashes and training devices, bedding, and grooming and other pet supplies. In 2016, Americans spent $28.23 billion for pet food and $14.71 billion for over-the-counter medicine and supplies – which means there are serious economic consequences of this exemption.

The AVMA also is working with Congress to pursue a legislative solution to this issue. We support the Remote Transactions Parity Act (H.R. 2193) and the Marketplace Fairness Act (S. 976), both of which would require online sellers with annual sales exceeding $1 million to collect and remit sales tax. We encourage you to learn more about our ongoing work on this policy issue and others.