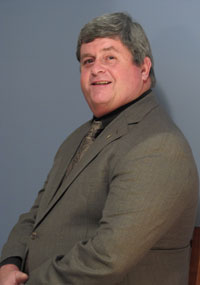 Upon graduation, he practiced at a mixed-animal practice and several small animal hospitals while taking an assistant state veterinary position at Delaware Park, a Thoroughbred racetrack.

His burning desire to open his own hospital came to fruition in 1990 when Lums Pond Animal Hospital became a reality. The hospital has grown to one of Delaware’s leading progressive, AAHA-accredited, state-of-the-art veterinary facilities, with approximately 50 employees.

From his early years on the farm, “Dr. Bob” knew he wanted to be a veterinarian, and has never strayed from his dedication to pursue and promote the profession. He has assumed a myriad of leadership roles in the Delaware Veterinary Medical Association, serving on numerous committees, lobbying state legislature, while serving on the executive board. He has moved up the DVMA’s executive ladder from vice president, president-elect, president and past president. He then assumed the role of AVMA alternate delegate and currently serves as AVMA delegate, a fitting testament to his “walking the walk.”

Dr. Bob’s passion and devotion to his profession stretches far beyond the walls of Lums Pond Animal Hospital and his daily clinical practice. His commitment to the veterinary profession is far reaching. He’s a tireless volunteer to the state and community, supporting programs in local schools, serving on a variety of committees and promoting his profession at the University of Delaware’s “Ag Day”.  He is a member of the Delaware Animal Response Disaster Preparedness Team and when needed, he has lobbied state and national legislators on behalf of animal welfare.

Bob lives in northern Delaware with his wife, Barbara. They live with three Brittanys and two cats. He enjoys gardening, fishing, attending University of Delaware football games and watching his youngest Brittany in performance events.​​

Biographical statement provided by the candidate.​