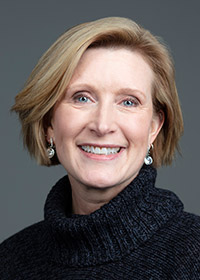 District I AVMA Board of Directors Representative

Dr. Karen Bradley graduated from the University of Georgia College of Veterinary Medicine in 1996. Early in her career, she worked in companion animal relief and emergency medicine in the Atlanta area before relocating to Vermont. There, she joined Onion River Animal Hospital in 2000, became a partner in 2003, and is currently the sole veterinary owner of the practice. She initially became involved in organized veterinary medicine through the Vermont Veterinary Medical Association (VVMA):

The VVMA elected her to the AVMA House of Delegates (HOD):

Also at the AVMA, she currently serves as chair of the AVMA Board of Directors, where she represents District I, and most recently served as Board vice chair. She chaired the Governance Engagement Team from 2013-2014.
She is a co-founder of the Women’s Veterinary Leadership Development Initiative:

Dr. Bradley is a veterinarian dedicated to her community and volunteers at
Central Vermont Humane Society in Montpelier.

Her leadership objective is to serve the members of her professional organizations as a forward-thinking and strategic leader, and to mentor and encourage other veterinarians to actively engage, participate, and become leaders in our veterinary associations and communities at large.