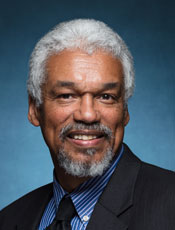 Dr. Bailey returned to Tuskegee University, his alma mater, where he became head of diagnostic imaging services and director of the Veterinary Teaching Hospital. During that time, he completed an AVMA/American Association for the Advancement of Science Congressional Fellowship in the U.S. House of Representatives. After returning to private practice in an ER/referral specialty hospital, Dr. Bailey developed a new imaging service in the eastern part of Pittsburgh. In 2009, he joined MARS/Banfield Pet Hospital as lead radiologist. During his experience as an educator and radiologist, he has lectured extensively nationally and internationally on imaging, radiation safety and therapeutic radiology.

A longtime supporter and member of organized veterinary medicine, Dr. Bailey has served in the AVMA House of Delegates as an alternate delegate for Pennsylvania. He has also been a member of the board of trustees for the Pennsylvania Veterinary Medical Association and is an active diplomate of the American College of Veterinary Radiology.