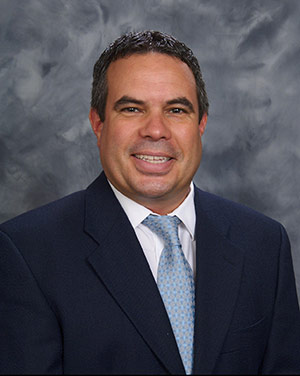 Dr. José V. Arce was born and raised in San Juan, Puerto Rico. He received a Bachelor of Science degree in animal science from Louisiana State University and a DVM degree from the LSU School of Veterinary Medicine. During his undergraduate years, Dr. Arce worked as a veterinary assistant at Burbank Veterinary Hospital in Baton Rouge and participated in student activities that included serving as president of the Pre-Vet Club. After receiving his bachelor’s degree, he worked as a research assistant at the Caribbean Primate Research Center. While in veterinary school, he was the class treasurer and a representative of the Student Chapter of the American Veterinary Medical Association (SCAVMA) for four years, and LSU’s SCAVMA treasurer during his sophomore year. He completed an internship in small animal medicine, surgery, and emergency treatment at Rowley Memorial Animal Hospital in Springfield, Massachusetts.

In 1998, Dr. Arce moved back to Puerto Rico. Early in his career, he worked as a veterinarian at the Avian and Small Animal Hospital, San Juan Municipal Shelter, and Dorado Veterinary Hospital. For seven years, he also worked at the Diaz Umpierre Veterinary Clinic. In 2003, he founded Miramar Animal Hospital, of which he is president and co-owner. His special interests include dermatology, ophthalmology, and ultrasonography.

When he moved back to his beloved Puerto Rico, Dr. Arce became active in the Colegio de Medicos Veterinarios de Puerto Rico (PRVMA) and was named to the Ethics and Grievances Committee in 1988. In 1999, he was selected to represent the PRVMA at the AVMA Veterinary Leadership Conference. In 2000, he was elected as the alternate delegate to the AVMA House of Delegates, a position he held until 2010, when he was elected delegate. Dr. Arce has been a member of the PRVMA Board of Directors since 2000. Since 2001, he has been an active member of the Legislation Commission, of which he has been secretary for the past four years, and has lobbied actively for the passage of legislation pertaining to veterinary medicine to U.S. elected officials on behalf of the AVMA. He has also been an active member of the PRVMA Convention Committee since 2009 and has helped achieve record number of participants in the last two annual conventions.

Dr. Arce served as AVMA president for the 2021-2022 association year, and was president-elect from 2020-2021. Prior to that, he represented District IV on the AVMA Board of Directors, which includes AVMA members living in Florida, Georgia, and Puerto Rico.

Dr. Arce still maintains strong ties to his alma mater. In 2009, he was selected to participate in the LSU School of Veterinary Medicine Stakeholders Summit.

Dr. Arce has also been very active in his community of Miramar in San Juan, Puerto Rico. He currently serves on the Board of the Miramar Residents Association. In addition, he is the PTA president of Perpetuo Socorro Academy and assistant scoutmaster of Miramar’s Boy Scouts of America Troop 29. He is active in the pro-statehood New Progressive Party and currently serves as Miramar’s precinct electoral commissioner. He is also active in soccer, both as a player and team representative. Having served from 2010-2012 as director of the National Masters (over 35) Soccer League of Puerto Rico, he still plays and is team president of the Club de Internacional de Futbol.