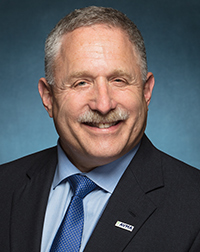 Dr. Goldman began a career in companion animal practice after serving a rotating internship at the former South Shore Veterinary Associates in South Weymouth, Mass. Thereafter he worked in general practices and subsequently spent four years in emergency and critical care practice. He also worked as a relief veterinarian throughout New England, New York and New Jersey. In 1995 he opened Canton Animal Hospital, where he is still employed.

In 2008 he resumed his education, earning a Master of Public Health degree in 2011. He is one of a very few veterinarians accredited as a Certified Emergency Manager by the International Association of Emergency Managers.

Dr. Goldman has served terms on the boards and as president of the Hartford County VMA, Connecticut VMA and New England VMA. He is founder and past-president of the Connecticut Veterinary Medical Foundation and created its Connecticut State Animal Response Team (CTSART) program and its Companions-in-Crisis program, which serves animal-owning domestic violence victims. His involvement with CTSART led to further disaster preparedness service on the FEMA Pets Act Working Group, the USDA APHIS - FEMA Joint Animal Emergency Response Working Group and the CT-NY-NJ-PA Regional Catastrophic Planning Team, and he served as founding president of NASAAEP, the National Alliance of State Animal & Agricultural Emergency Programs. In 2005 the Connecticut Veterinary Medical Association named Dr. Goldman Connecticut Veterinarian of the Year, and in 2017 recognized him again with their Distinguished Service Award.

Other honors include the Capitol Region Council of Governments Regional Leadership Award for developing the Connecticut​ disaster relief program for domestic animals, the Canton Chamber of Commerce Business Person of the Year award, the HAVEN Service Award for his contribution toward development of the Connecticut impaired health professionals program "HAVEN," the Connecticut Coalition Against Domestic Violence First 100 Men Award for leadership in combating domestic violence and the Walter R. Bebout Award for Leadership from the American Kennel Club.

Dr. Goldman has served the AVMA membership as Connecticut delegate and alternate delegate to the House of Delegates, and on the State Advocacy and Governance Performance Review committees. He chaired the House Term Limits Subcommittee and represented the State Advocacy Committee on the Telemedicine and Model Veterinary Practice Act working groups.

Active in his community, Dr. Goldman is chairman of the Town of Canton Board of Finance, serves on the Collinsville Savings Society board of directors and is active in the Canton Chamber of Commerce and the Rotary Club of Avon-Canton. He is secretary of the North Canton Volunteer Fire Association, and he retired as an active firefighter at the rank of lieutenant after 11 years of service. He also serves on the Board of the Connecticut Federation of Dog Clubs.

He and his wife, Jill, a special education teacher, live in Canton with their pets, which include Boston terriers and Burmese cats, and have two grown children. Their daughter, Allison, is an education development professional and resides in New York City with her husband, Phillip. Their son, Bryan, is a paramedic in central Connecticut.

Having a passion for aviation since boyhood, Dr. Goldman holds a commercial pilot certificate with instrument and multiengine ratings and flies a 1985 Mooney aircraft based in Hartford, Conn.